However, this simplistic emphasis on economic growth is often criticised because living standards depend on many more factors than just increasing real GDP. Some economists have suggested that a more useful measure is to look at a wider range of factors, such as the Human Development Index (HDI) which measures GDP but also statistics such as literacy and healthcare standards. Some also argue we should not be using GDP but, a happiness index. (does economic growth increase happiness?)

Why economic growth is important 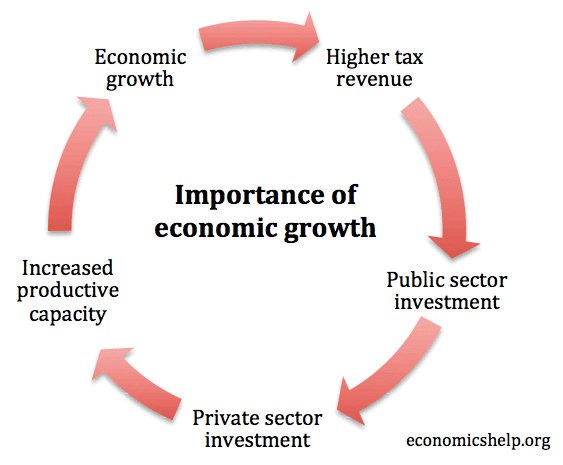 Posted by Tejvan Pettinger at 10:07 AM

No one is explaining clearly WHY the UK deficit has got so much worse so suddenly in 2009.
What items are (roughly) responsible for each part of the increase?