Is France Next Bond Crisis?

Despite similar public sector debt to Germany France (85% of GDP) is at risk of becoming the next target for bond investors, as sellers push the interest rate on French debt up.

In the real world, investors are selling all Eurobonds apart from Germany. France is looking like the next target for a panic sell off.

The ECB adamantly refuse to act as lender of last resort. As Rome burns, the ECB watch their inflation targets. But, if they don't intervene what will stop the Euro crisis? - ECB and Money Creation 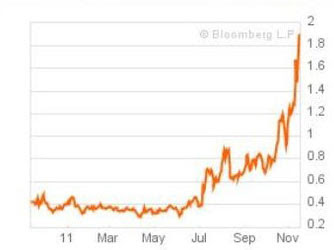 Posted by Tejvan Pettinger at 7:57 AM