A lot of focus has featured on why inflation is so high. A more interesting question is why is unemployment not higher given depth of recession and also, the number who are economically inactive. 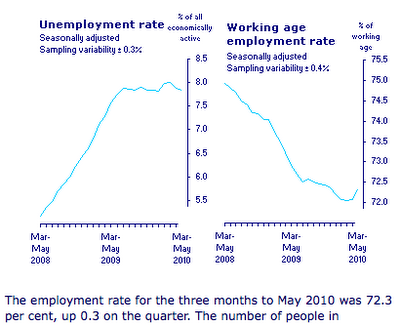 One reason is that there are many criteria to be eligible for JSA. Also, many who are unemployed (actively seeking work) actually receive benefits other than JSA.

True level of unemployment in UK
Posted by Tejvan Pettinger at 9:30 AM