Advantages and disadvantages of WTO

Readers Question: What are the advantages and disadvantages of the WTO formally the GATT?

The WTO is a body designed to promote free trade through organizing trade negotiations and act as an independent arbiter in settling trade disputes. To some extent the WTO has been successful in promoting greater free trade. The principles of the WTO are

To what extent has the WTO being able to promote free trade? 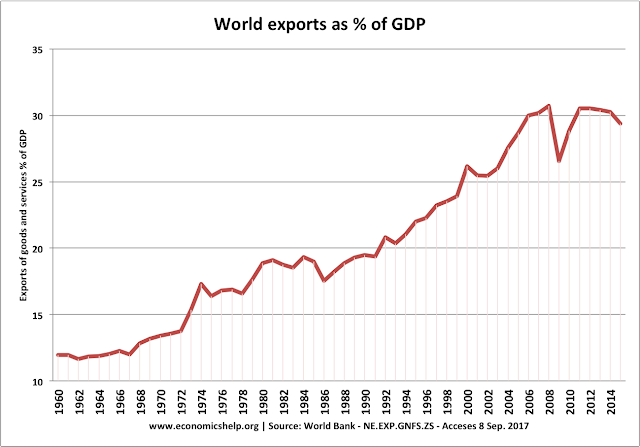 World exports as a % of GDP have increased from 22% of GDP in 1995 (when WTO formed to just under 30% in 2015. Indicating importance of trade to global economy. 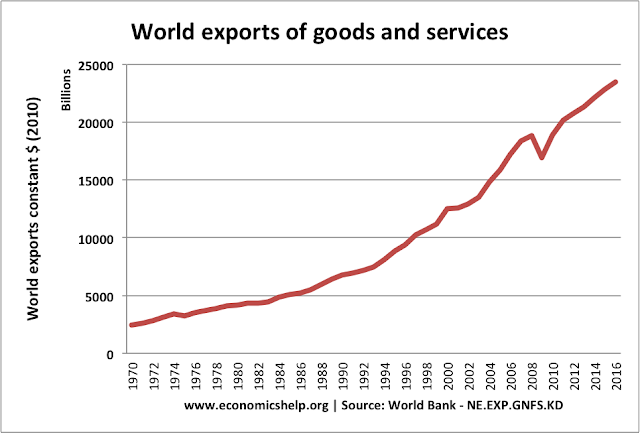 Posted by Tejvan Pettinger at 4:50 PM

Email ThisBlogThis!Share to TwitterShare to FacebookShare to Pinterest
Labels: trade

Thank you :) gotta love a bit of WTO evaluation

this is helping me for my school work
THANKS :)