Interest rates reflect the cost of borrowing. They also indicate the return on savings/bonds. 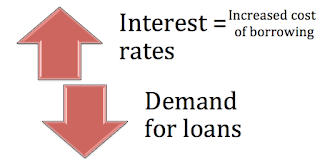 Commerical banks charge a higher interest rate on loans and pay a lower rate on savings. This difference between the cost of borrowing and rate of return on savings is part of the reason banks are profitable. Lending customers deposits at a higher rate than they pay customers interest on their savings. 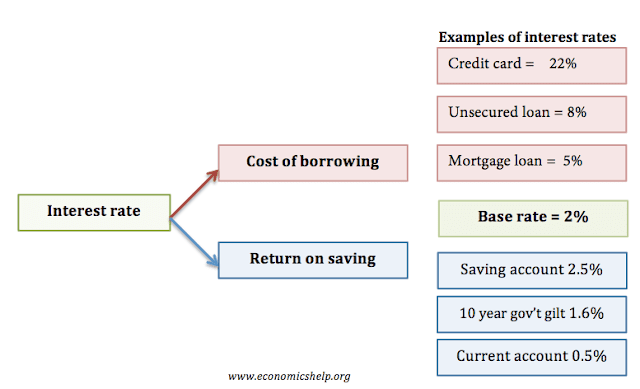 Effect of an Increase in Interest Rates 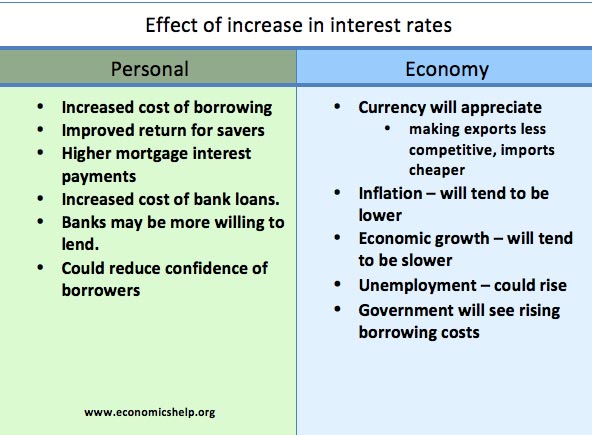 1. Depends on the situation of the economy 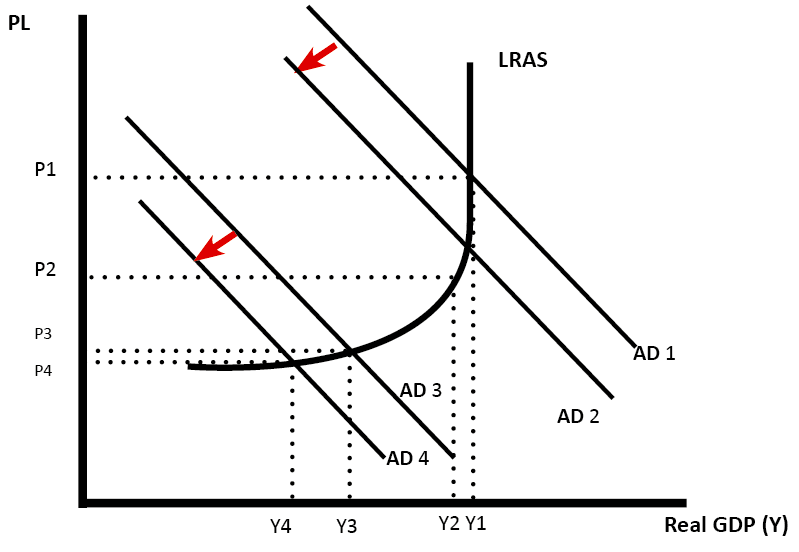 If the economy is at full capacity a rise in interest rates may reduce inflation, but not growth. However, if there is already spare capacity then rising interest rates could cause a recession.

2. Depends on other components of AD

For example, if exports are rising, or if consumers confidence is high; rising interest rates may not reduce AD. For example, in the late 1980s, there were modest rises in interest rates, but the other aspects of the economy were growing so quickly, it failed to halt the above trend rate of growth (until 1991/92 when interest rates reached a record 15%)

Higher return on saving may give some consumers a high income. This will be consumers like pensioners. However, in the UK, the savings ratio is quite high, therefore the income effect of a rise in interest rates is likely to be quite low. The substitution effect will be higher.

4. It depends whether commercial banks pass interest rate cut onto consumers. In the credit crunch, banks didn't reduce their Standard Variable Rate as much as the Bank of England cut its base rate. 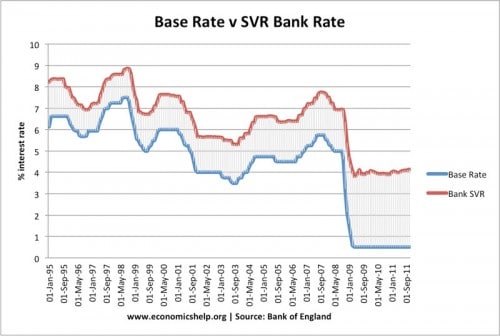 How does Bank of England decide whether to increase interest rates?

The Bank will look at a wide variety of statistics to consider the state of the economy. The most important factors are 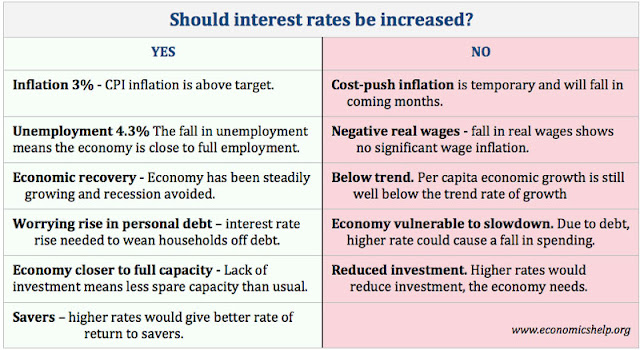 Should interest rates go up? 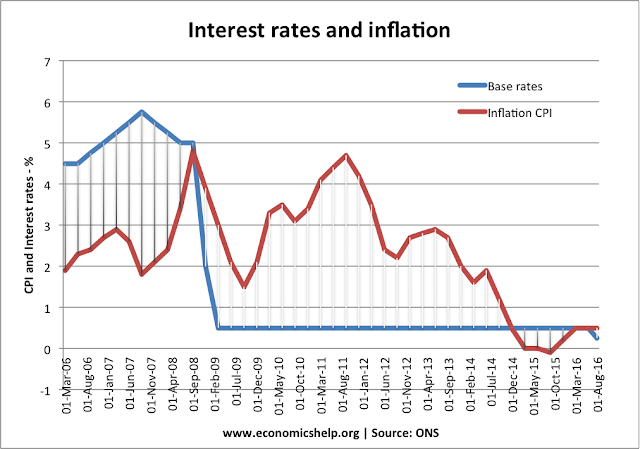 If interest rates are 5%, and inflation is 3%, the real interest rate is 2% - savers will see a positive return on savings.

Posted by Tejvan Pettinger at 11:55 AM