Advantages and Disadvantages of Trades Unions

Trade unions are organisations representing the interests of workers. They were formed to counter-balance the monopsony power of employers and seek higher wages, better working conditions and a fairer share of the company's profits.

Critics of trade unions argue they can be disruptive to firms, discouraging investment and improved working practices. Furthermore, powerful unions can lead to macroeconomic problems such as wage inflation and lost productivity due to strike action.

In the post-war period, trade unions gained substantial power and had a large influence over wages, unemployment and the economy. However, with the decline of manufacturing industries, unions have gone into decline and some economists argue this has contributed towards increased wage inequality.

This is a look at the main pros and cons of trade unions in the modern economy. 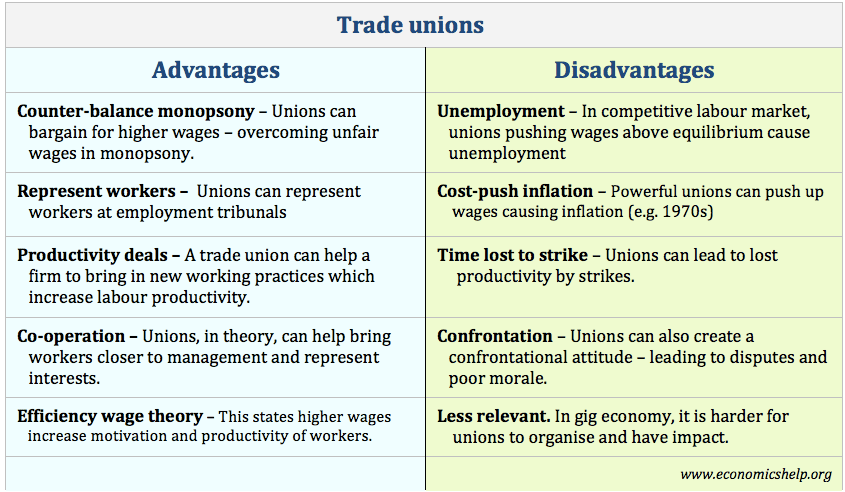 1. Increase wages for its members

The efficiency wage theory states that higher wages can also lead to increased productivity. If workers feel they are getting a higher wage, they can feel more loyalty towards the firm and seek to work for its success. 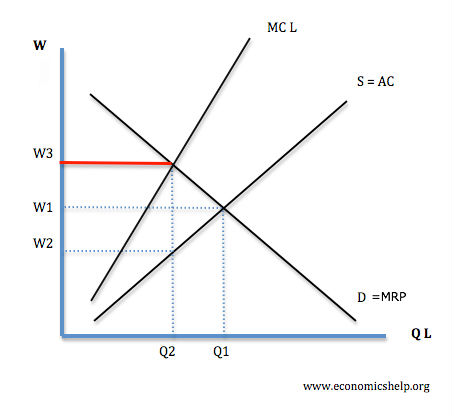 In many industries, firms have a degree of monopsony power. This means firms have market power in employing workers. It enables firms to pay wages below a competitive equilibrium (W2) and also employ fewer workers at Q2. There are many cases of powerful firms making a very high level of profit, but paying relatively low wages.

In the face of monopsony employers, trades unions can increase wages and increase employment. Traditionally, monopsonies occur when there is only firm in a town or type of employment. However, in modern economies, many employers have a degree of monopsony power - related to difficulties of moving between jobs.

Trades Unions can also protect workers from exploitation, and help to uphold health and safety legislation. Trades unions can give representation to workers facing legal action or unfair dismissal.

Trades unions can help to negotiate and implement new working practices which help to increase productivity. For example, in wage negotiations, firms may agree to increase pay, on the condition of implementing new practices, which lead to higher productivity. If the trade union is on board, then they can help create good working relationships between the owners and workers.

Modern labour markets are increasingly flexible with weaker trade unions. These new developments in labour markets have led to a rise in job insecurity, low-wage growth and the rise of zero-hour contracts. Non-unionised labour helps firms be more profitable, but wages as a share of GDP has declined since 2007. Unions could help redress the monopoly power of modern multinationals. 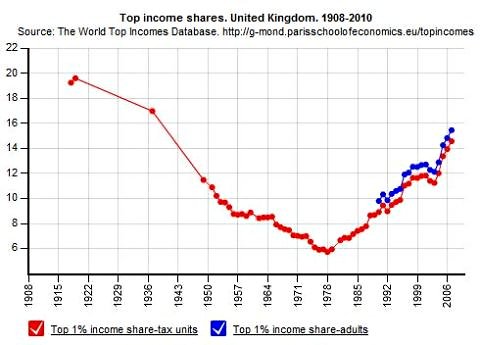 If labour markets are competitive, and trade unions are successful in pushing for higher wages, it can cause disequilibrium unemployment (real wage unemployment of Q3-Q2).  Union members can benefit from higher wages, but outside the union, there will be higher unemployment.

It is also argued that if unions are very powerful and disruptive, it can discourage firms from investing and creating employment in the jobs. If firms fear frequent strikes and a non-cooperative union, they may prefer to invest in another country with better labour relations. For example, in the 1970s, the UK experienced widespread industrial unrest and this is cited as a factor behind the UK's relative decline.

Trades unions only consider the needs of its members, they often ignore the plight of those excluded from the labour markets, e.g. the unemployed.

If unions go on strike and work unproductively (work to rule) it can lead to lost sales and output. Therefore their company may go out of business and be unable to employ workers at all. In many industries, trade unions have created a situation of a confrontational approach.

Decline in trade union density has led to a decline in days lost to strikes. 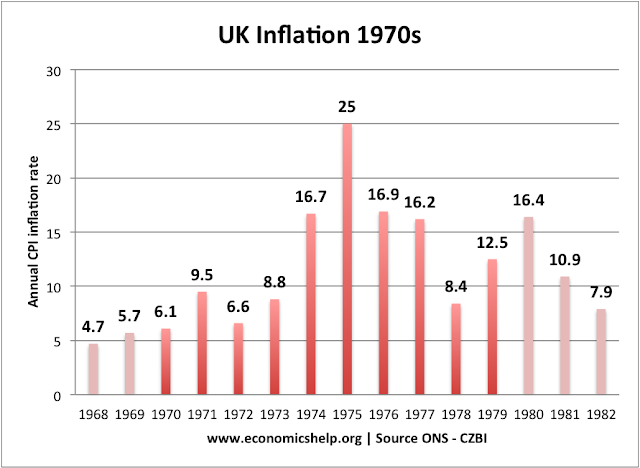 If unions become too powerful they can bargain for higher wages above the rate of inflation. If this occurs it may contribute to wage-inflation. Powerful trades unions were a significant cause of the UK's inflation rate of 25% in 1975.

The benefits of trades unions depend on their circumstances. If they face a monopsony employer they can help counterbalance the employers market power. In this case, they can increase wages without causing unemployment. If unions become too powerful and they force wages to be too high, then they may cause unemployment and inflation

It also depends very much on the nature of the relationship between trade unions and employers. If relations are good and constructive, the union can be a partner with the firm in maintaining a successful business, which helps protect jobs and higher wages. However, if the relationship between trade unions and the management become confrontational, it can escalate into destructive partnerships which cause a decline in profitability and puts the long-term security of jobs at risk

Posted by Tejvan Pettinger at 1:03 PM

thanks so much, its the first site that has been able to help with information on unions and their advantages and disadvantages. :D:D you've helped me alot !

thanks for helping out

thanks this was of great help to me i actually doubted this page but it gave me an A+ for my P.O.B assignment.

the article was really really helpful tanx a bunch

thanks.. It was pretty much helpful

thanx.. It was pretty much helpful

thank you sooooo much for this info!! helped a lot with my economics project! hats off to whoever posted this here! ^_^

helped me with ma classwork, thanks a lot, love, james

this has helped me finish my project. its the first site to actually have usefull points on the advantages and disasvantages of unions.

Thanks you for giving nice notes ask want easy and understandable

Hi, taking 1975 as an example - which pay-deals across unionised industries matched CPI inflation? My understanding was that during the miners strike a deal was struck at approx 12% increase, which was still below inflation on average in the preceding decade? I may be wrong and please correct me if this is so.

Thanks alot ,helped me with my project

I really do appreciate much . Dis article have help mi a lot🙏.