Affordability of Housing in UK

One feature of the UK economy is the lack of affordable housing - even in the middle of a recession and a slump in house prices. The truth is that the fall in UK house prices was really quite moderate when we consider: 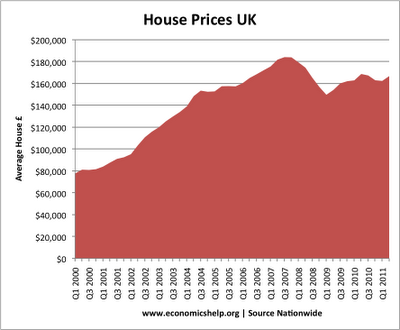 Average house prices in the UK - not much of a slump. 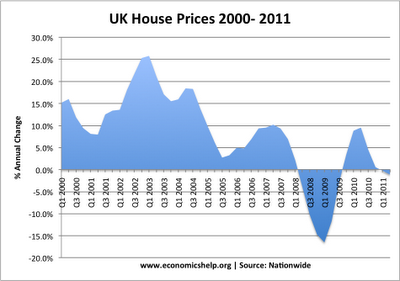 Annual % change in UK house prices. House prices are forecast to be mainly flat during 2011.

Since the onset of the credit crunch in 2008, UK house prices have fallen. But, they still remain relatively high.

If we look at house price to earning ratios, the ratio of house prices is higher than at the end of the Lawson boom when house prices were skyrocketing. 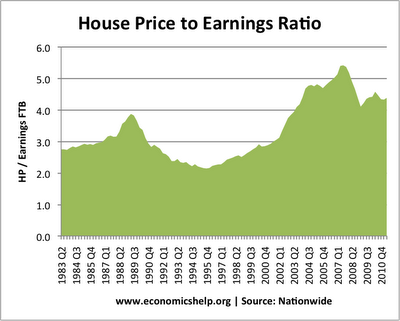 One of the factors behind the continued persistence of high house prices is the climate of low interest rates. This has made mortgages more affordable. 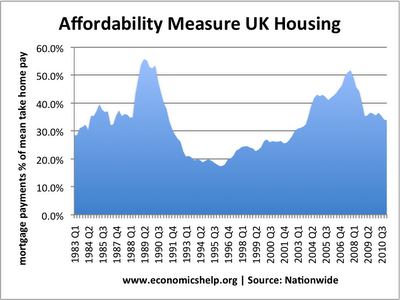 To meet the growing number of households in the UK, we need to be building around 250,000 houses a year. However, that doesn't happen. We have been averaging around 150,000 - 175,000 houses a year. Meaning demand continues to grow faster than supply. The recession has caused a short term decline in demand. But, the long term pressures remain. Unless the issue of supply is tackled, we are likely to see house prices continue to be squeezed up.

Posted by Tejvan Pettinger at 8:22 AM

Downward stickiness of house/ home prices even during recession or slow down is that investment in construction dips sharply the nearly zero soon after and some time just as the recession starts and people are in no mood to sale old house to buy a new better one.