Since the Credit crunch, banks have had an excellent excuse to increase their profit margins as they desperately try to claw back their losses from bad investments in subprime CDOs e.t.c 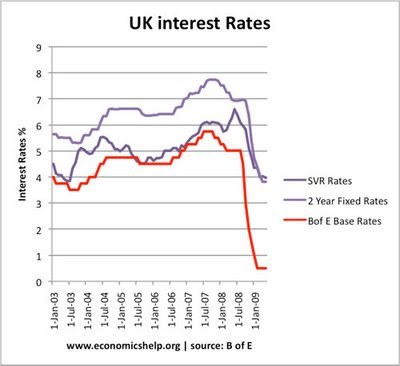 Source of data B of E 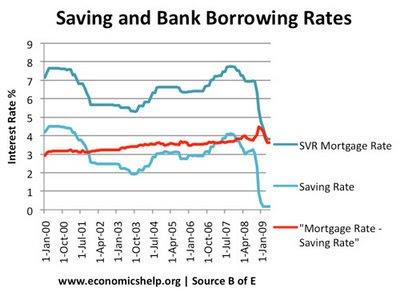 The gap between mortgage rates and saving rates peaked in December 2008 with a gap of 4.48%. There has been a little improvement during 2009.

This increased gap basically makes banking more profitable.
Another issue is that the merger between Lloyds TSB and HBOS has created more monopoly power in the banking sector. This week the big two banks both announced an increase in their fixed rate mortgages

Posted by Tejvan Pettinger at 8:42 AM